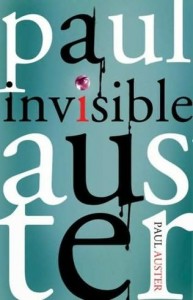 All I know is that it was over before I knew it, and I wasn’t really sure what happened. It’s pleasant enough, except for the transgressive stuff which is riveting also in a traffic accident kind of way.

It’s not at all postmodern in the way The New York Trilogy claims to be, there are simply some extra literary devices thrown in that make the story what it is. Without this additional twist, not sure if the story would carry it’s own weight, but perhaps as some have suggested, the narrative itself is the character. 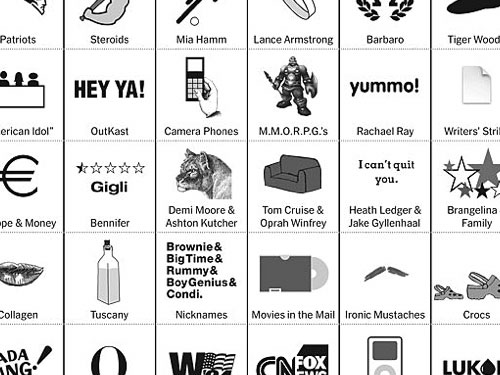 The New York Times has this handy dandy chart of all the things from the past decade.

Something about this app appeals to my artistic sensibilities. (via engadget) 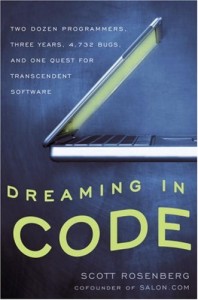 Recently finished Scott Rosenberg’s Dreaming in Code. I think I might be in the minority as a perfect audience for this book. I learned a lot from it. But for the general audience it is probably way too technical, and for those who’ve worked on large scale programing projects before it’s probably too much of a rehashing of their very real and annoying reality. It would have been great if it was more accessible for normal folk as it would probably explain a lot for them if they were interested in understanding the peculiarities of programmers and programing in general.

The book is sort of comprised of two halves intertwined. One “half” is the history of programming, its beginnings, notable practitioners, thinkers and its possible (or impossible) futures, sprinkled with psychological forays, technical explorations, and proclamations molded into laws of programming. The other “half” is the author following a very specific large scale programming project called Chandler, and its seeming inability to ever move forward despite great amounts of time, programmers and money being thrown at it. While it’s interesting to have a real world example in the book (it’s exciting to see they’ve finally reached v1.0!), and there is much to learn from it, Rosenberg might have done better to drop this half of the book entirely.

First of all, as he himself points out repeatedly, programmers are not good at learning from history and the previous mistakes of others, but more importantly, that way even though Chandler might have taken 3+ years of work, at least reading the book wouldn’t have felt like it was taking that long.

This video is a great mix of computer generated animation mixed with physical printouts and real-world manipulation of said printouts. The result is amazing texture. Check out how it was made and also the rest of Ducroz’s amazing portfolio.

creativity is allowing yourself to make mistakes. design is knowing which ones to keep. 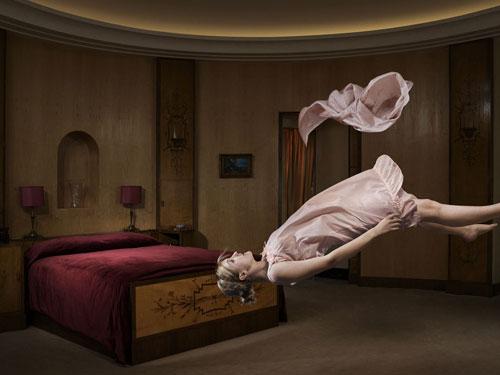 Moody, eerie and calm. Beautiful, composed, and intricate. Minimal but also baroque and opulent in detail. Another one for the inspiration file. Check out the rest of this photographic series [click –> projects –> in between] and the other projects in Julia Fullerton-Batten’s portfolio.

hmm. maybe I need to add a science category. anyway…it’s amazing how little we see when we go about the world. 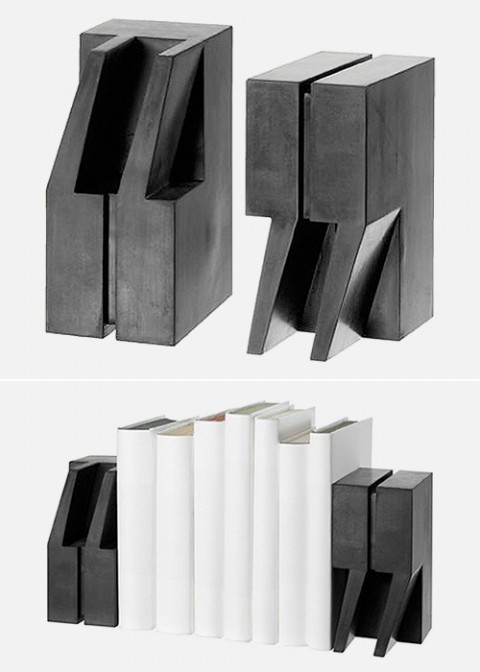