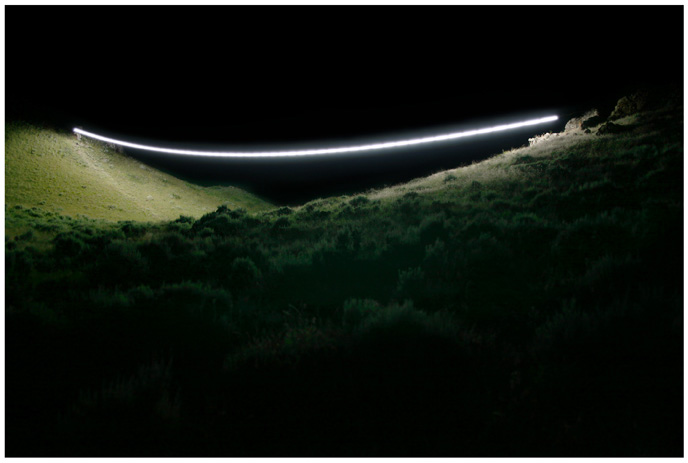 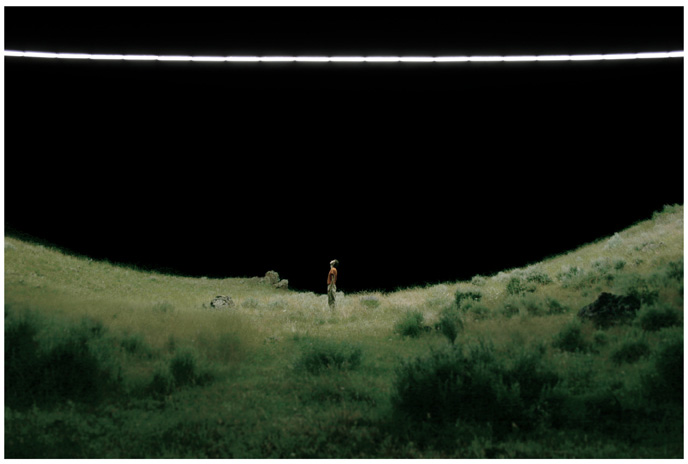 So Amazing. Just look at it. Adam Frelin has an amazing way with light. Staging it and capturing it. Check out the rest of his portfolio. He has some more conceptual pieces too, all of which he explains thusly:

“I find myself drawn to particular objects, images or scenes I find significant on their own. In my mind I extract these moments, focusing on them as finished works”

Made by Kim Asendorf, master of glitch. His still images are just as interesting. 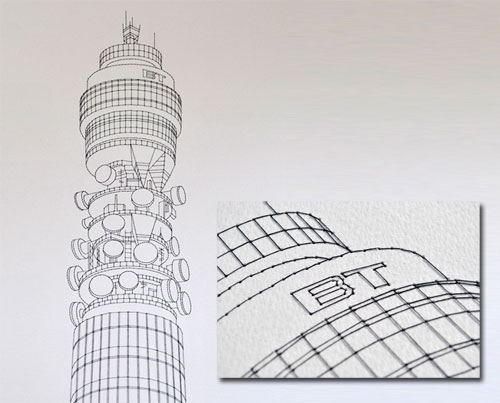 Awesome minimalism. But that’s no drawing. It’s not pen and paper, it’s thread, an added and welcome texture. Check out more of Peter Crawley’s work.

“I was interested in how we engage the world. How do we use our skin as our eyes? If you read a cityscape or a landscape with just your mind, and not your body, it becomes like a picture or representation, not something you really engage with.” 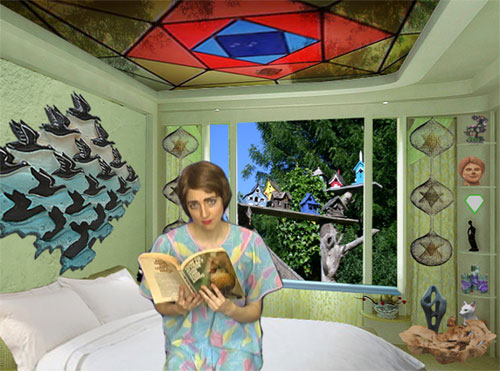 I got to catch this performance, Shana Moulton’s one-act opera, at the New Museum. I missed it when it was at the Kitchen and I have a feeling I would have enjoyed it there even more. I love the Kitchen and its space, as much as I dislike the oddly conference roomy feel of the space at the New Museum. Though oddly, both performances I’ve seen at the Museum so far, seemed to have been served well by that atmosphere.

Anyhoo – Whsipering Pines 10 – I really enjoyed this show. There was a vibrance too it, a liveness if you will, despite the heavily reliant on digital projection set, that I really enjoyed. It mighty have had something to do with the live singing. Also it was unapolegetically kitschy! And funny! Whimsical? “In touch with current trends in performance.” A fun ride, even the digital backdrop, as super-low tech as it was, was engaging. Does any of this make any sense? no? well, the point is – I really enjoyed the show!