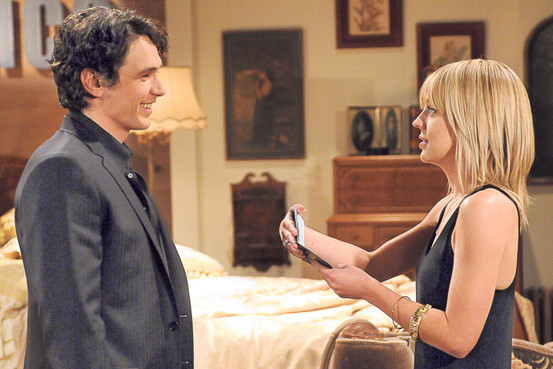 James Franco recently joined the General Hospital cast. He plays an artist named Franco. But wait! According to an article in the Wall Street Journal, penned by James Franco himself, all of his General Hospital appearances were actually a big piece of performance art. He waxes on and on about the “grandmother of performance art,” Marina Abramović, in the article but doesn’t much explain his own art.

Then there is this video:

It’s exciting to see the words “performance art” being bandied about by the general public, but I’m not sure what to make of all of this. My bet, there is more of this yet to come. Maybe all of it is a thesis project for the MFA degree he is currently working on? If it’s all some kind of publicity stunt, then it’s weirdly highbrow. Any other ideas? lmk.