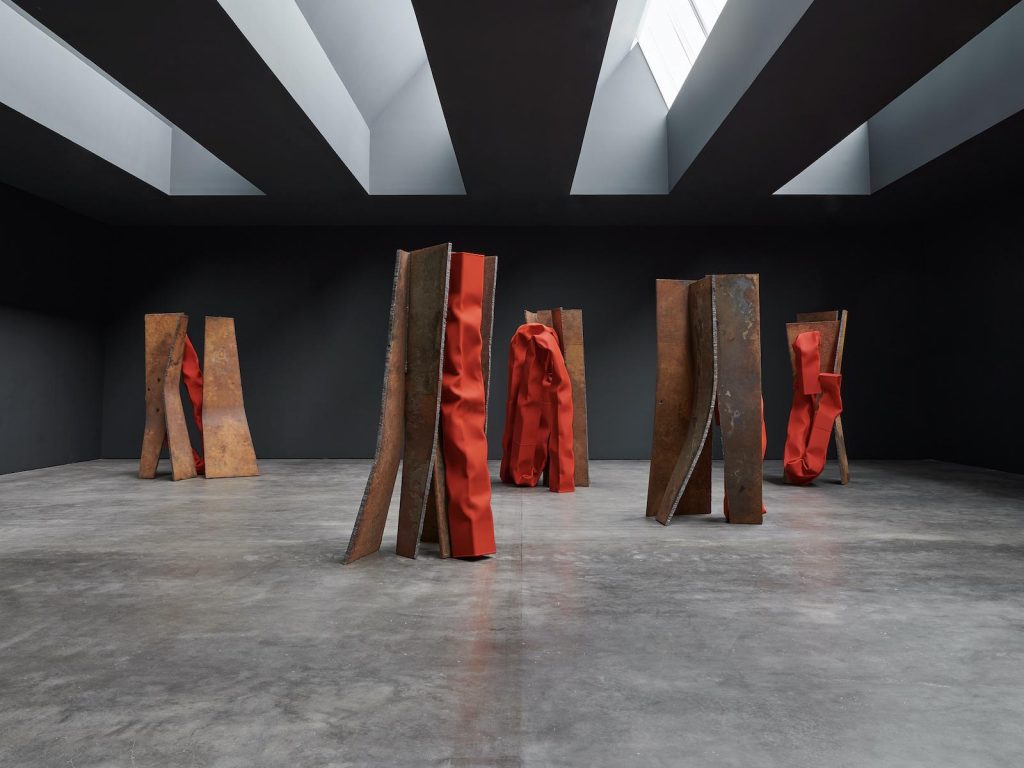 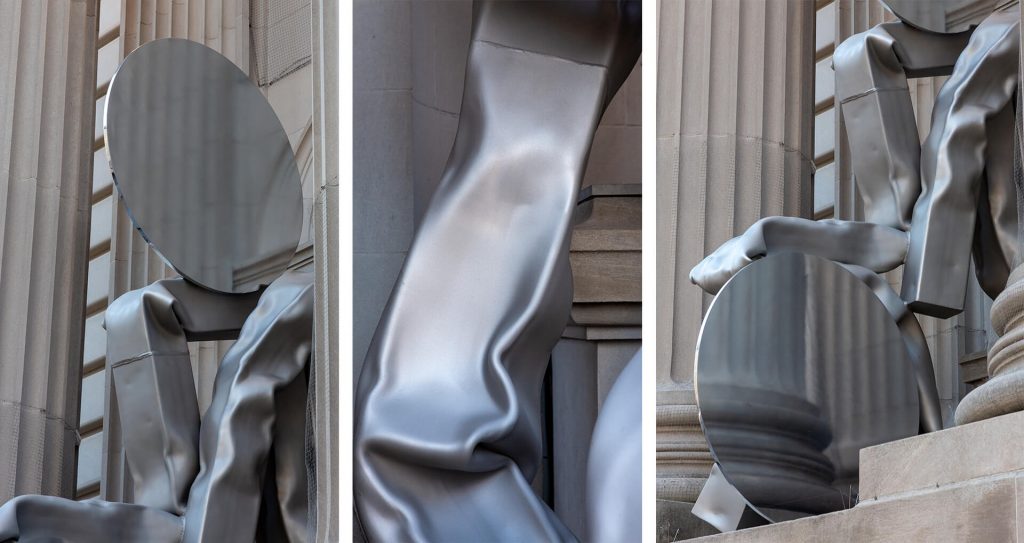 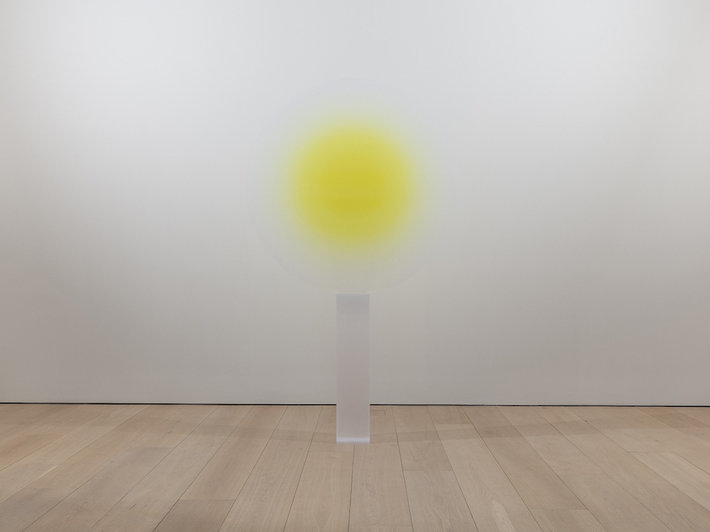 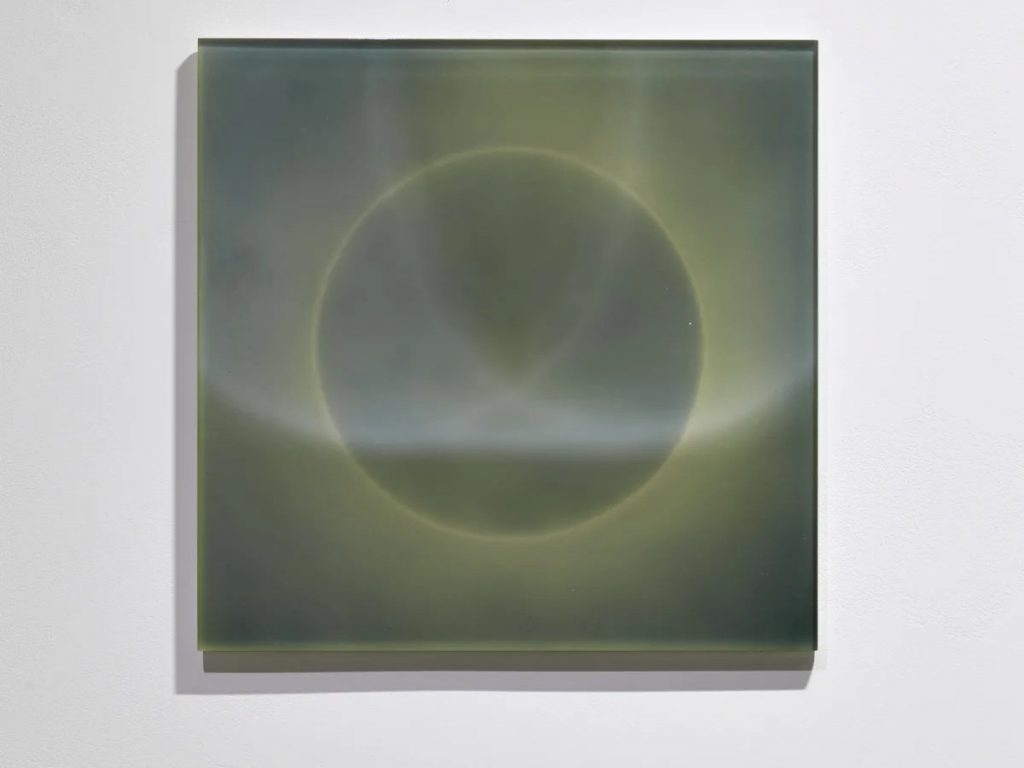 As a fan of light, and light related work this body of work by Helen Pashgian is right up my alley. A sprinkling of otherwordly, ethereal and sci-fi round it our for me. Her practice is very much focused on the physical. This deliberate meticulous focus on the material yields an ethereal experience seemingly concerned with anything but. Her work is part of the Light and Space Movement of the 60’s. 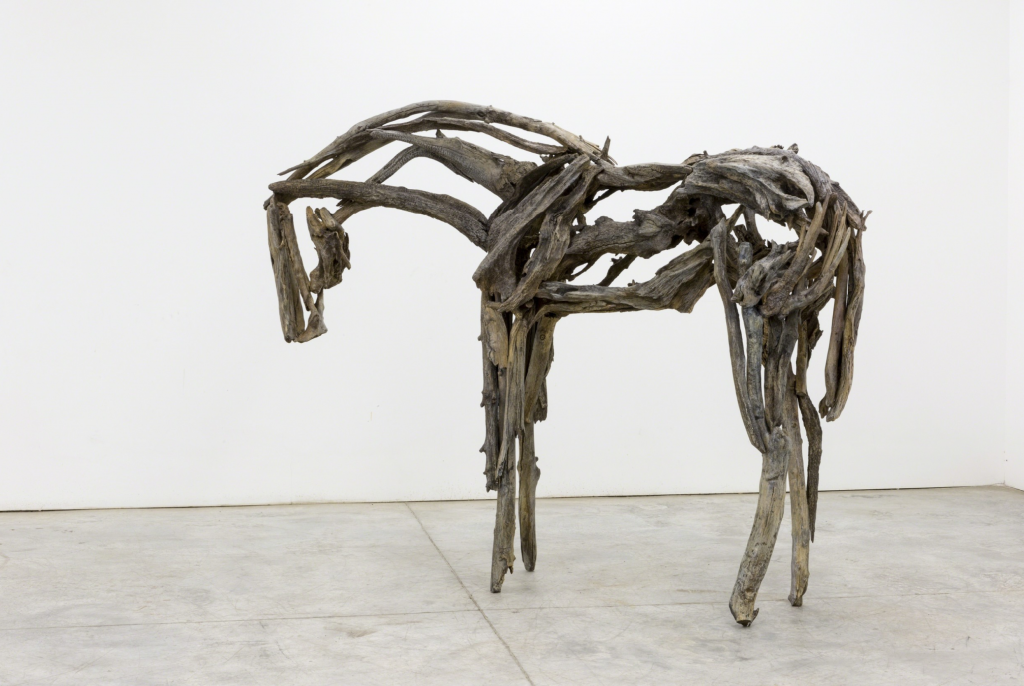 I’m not a fan of horses. I like the animal just fine but not really into horses in my art. But I just love these pieces by Debra Butterfield. My feelings compounded by the fact that they are in fact not made of driftwood as they look but instead cast in bronze. I think these look like a charcoal drawing rendered in 3d. Instantly recognizable as horse yet so minimal. True artistry. If you live in Chicago you can see one in person downtown in Seneca park just across from the MCA. 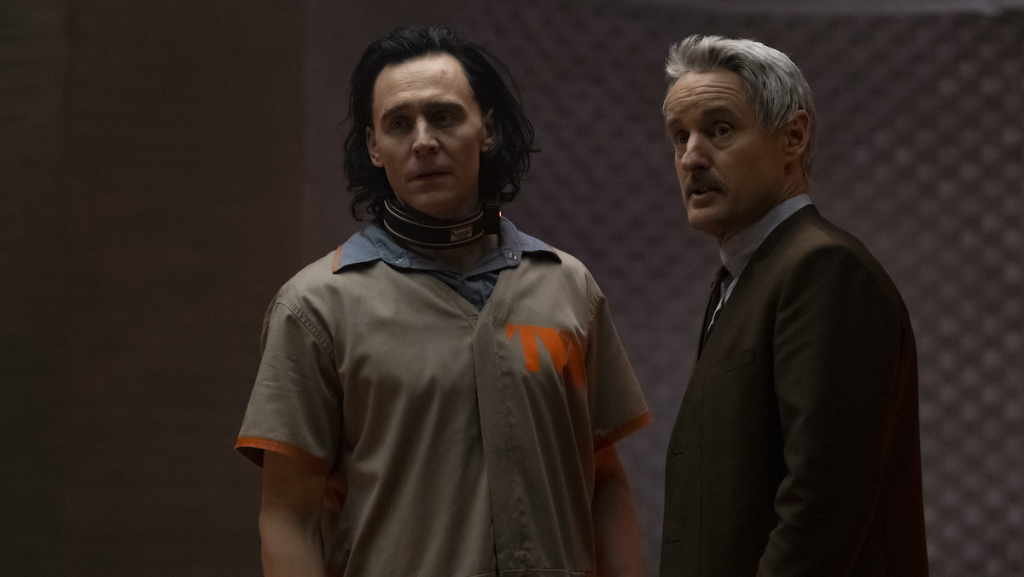 Not a Marvel super fan by any means. I watch them occasionally as a fun ride. I heard this show is good but I thought they meant for Marvel fans or even comic or super hero aficionados. I did not think they meant it is a good show period. In fact I kinda wished it was not a marvel thing at all because I enjoyed it so much. I loved the color palette. I loved the steep sci-fi angle. I loved the True Detective vibe? I even enjoyed the Marvel ability to not take oneself too seriously. I am also eagerly awaiting season 2 and I am so glad I took a chance on this show. 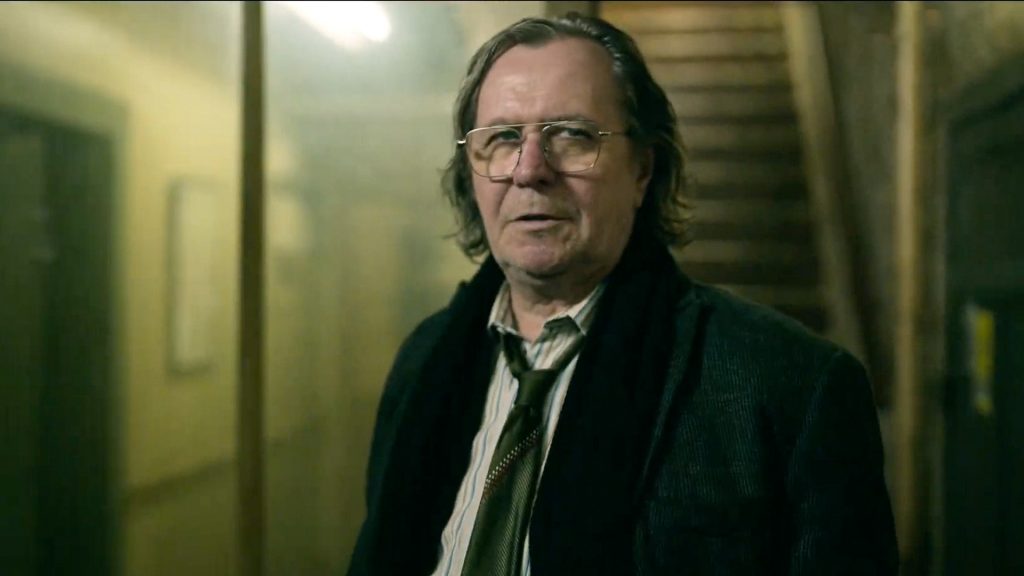 I enjoyed this unexpected gem. At first I was annoyed at apple tv + cramming shows down my throat. (Between this and Severance perhaps I should trust apple more?) The previews mostly annoyed me and the intrigue did not pull enough interest for me to pull the trigger right away. It took a couple of false starts but I finally gave it a go, I already had a subscription, and I’m glad I did.

I tremendously enjoyed watching the flawed characters doing spy work (i.e. digging through garbage) in a derelict building that is their office. Gary Oldman’s character, farting and not giving a fuck, and cutting down his team at every opportunity was surprisingly refreshing. And I enjoyed the contrast with Kristin Scott Thomas’ clean-cut, proper and prim, MI5 character in her shiny high-tech modern office building. She of course skirts the rules and plays the game just as much but sans the acknowledgment and perhaps with less self awareness? Flawed characters also doing shiny MI5 work, ups the ante and added a nice contrast. Saskia Reeves was another stand-out for me and her character gave a welcome Miss Marple vibe.

The meta storyline connecting the episodes into a season did not interest me at all. For me it was a backdrop for the personal drama and intrigue between the characters and I wish the show-runners did the same. Some of the twists and turns I enjoyed but more than a few were so unrealistic and writerly that they annoyed me and snapped me out of the realism of the show.

I could also do without the love story, and despite so much hullabaloo about the show focusing on outcasts there was still way too much screen time for the young white reasonably attractive male lead while the rest of his team spends multiple episodes sitting in a grungy restaurant. All or nothing, writers! They do give some lip service to that character getting a bit of a knock on his ego at the end of the season, but not enough to counter him being the lead for many scenes.

The setup for season two has me intrigued and I am excited to watch more when the show comes back. I know they won’t, but even more focus on the downtrodden deadbeats would be welcome. On second thought, most of them are are not that interesting, just give me more Gary Oldman and Saskia Reeves. 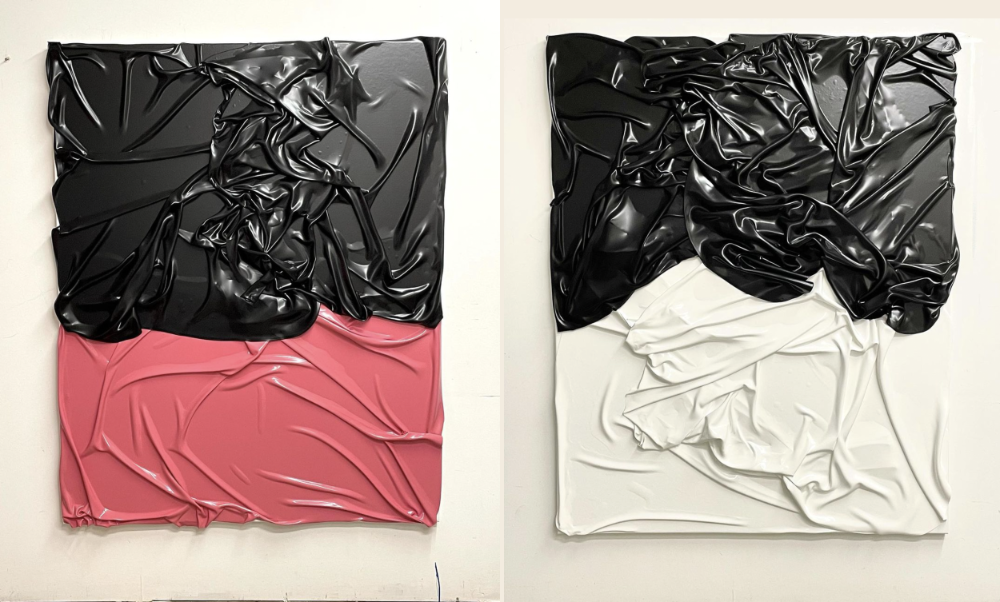 I was already interested in the pushing of boundaries of what a painting is.  I’ve heard of seeing the brush strokes and having thick paint visible on the canvas, but this work takes things to another level.

But upon visiting his website I was presented with the image below. Apparently his work focused on “performative rematerialisations of paint.”  I like that. Sign me up. You know I am all about any intersections with performance. 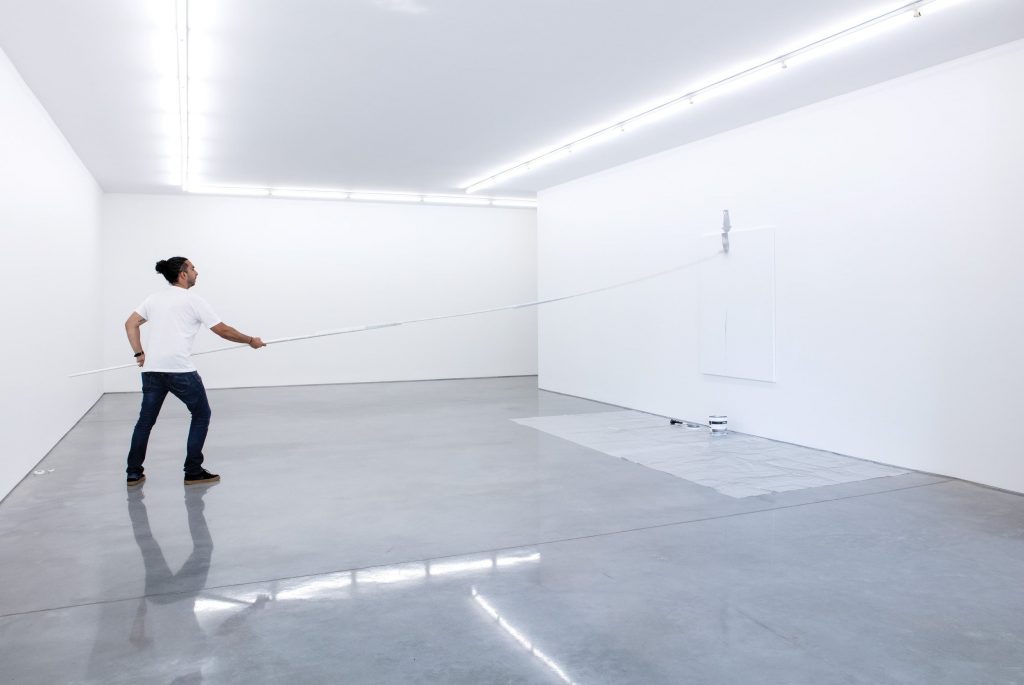 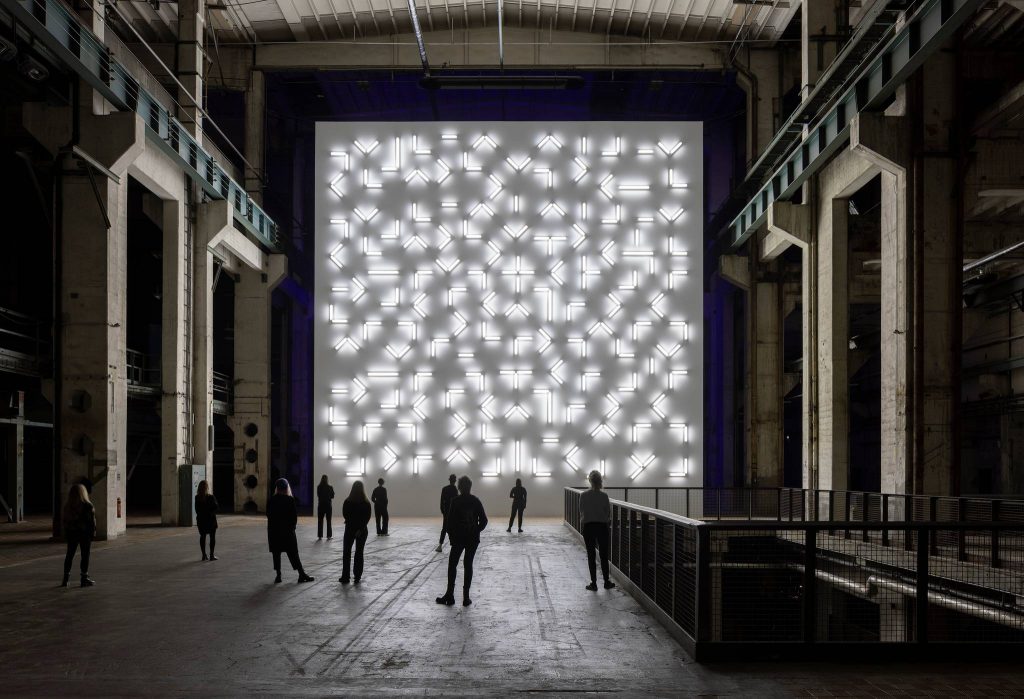 Light and Space is a site-conditioned exhibition presented at Kraftwerk Berlin. 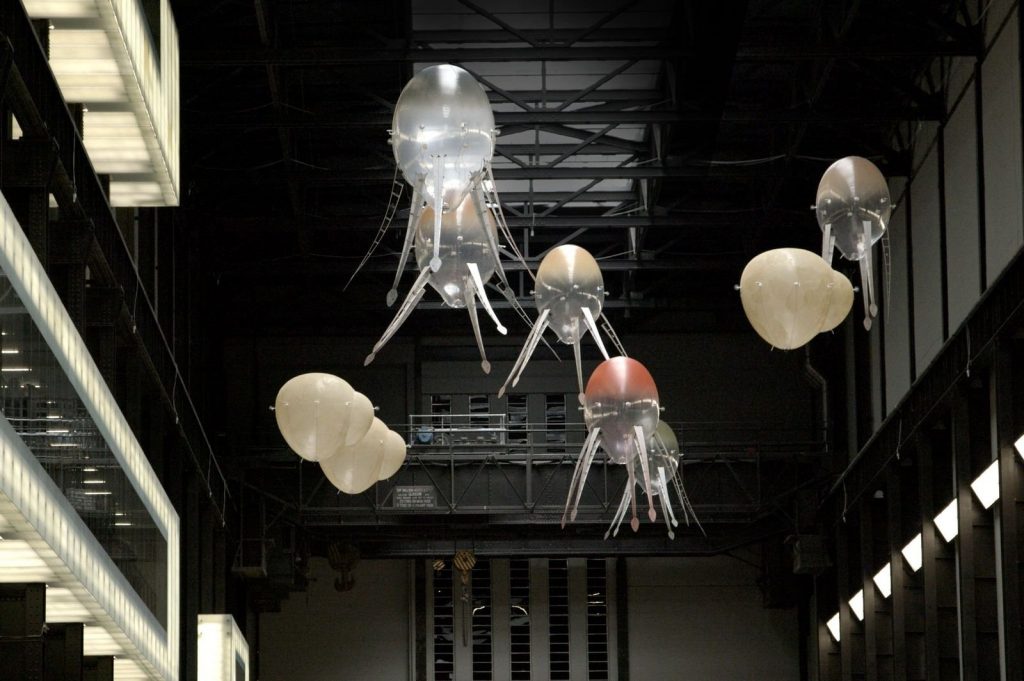 apparently these are hard to photograph – best to watch a video – In Love with the World on Exhibit at the Tate Modern in London – https://www.tate.org.uk/whats-on/tate-modern/hyundai-commission-anicka-yi 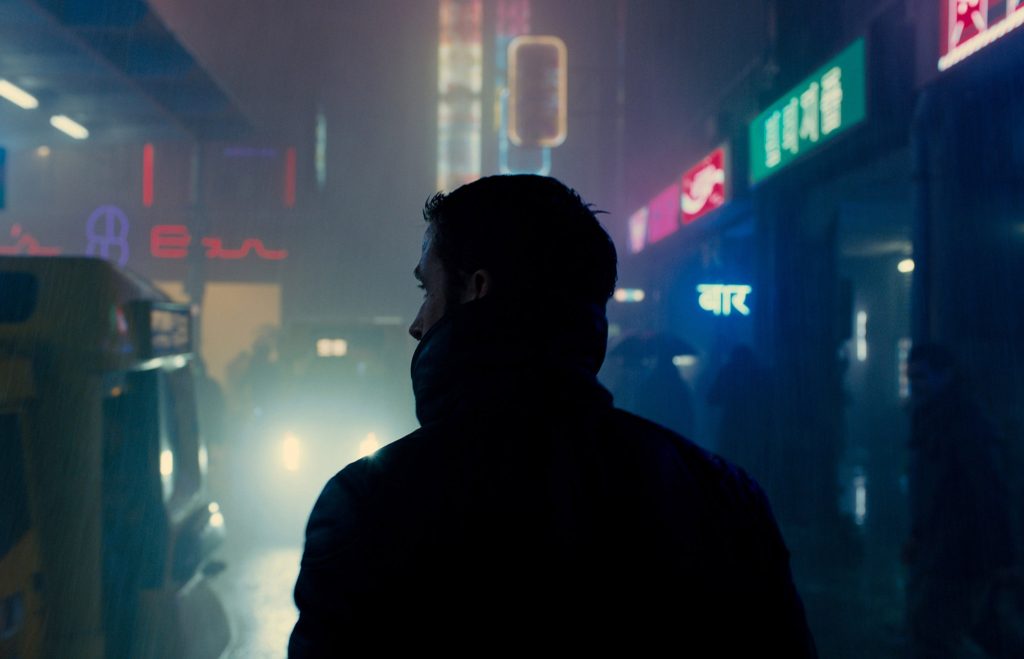 I never saw the original and I did not see this in the theaters. I was going into this purely on seeing all of the amazing visuals in previews and screenshots. Based on that this seemed like it would be a slam dunk.

I love love visual spectacle. yet hmm somehow it was not so. I loved the visuals but they seemed totally disconnected from the story for me. It was like a slideshow happening in the background moving independently of the story. The story could have been done as a one room play. What did these amazing backdrops have to do with it?

Anyway maybe my view would have changed if I had seen it in IMAX but I cant help thinking I might have fallen asleep at some point in the theater too. Conflicted on this one, usually I don’t even care about the story if the visuals are good. Perhaps it is because the visuals did not tell the story, they literally were just amazing backdrops. Perhaps I am out of the loop on the continuation form the first blade runner. 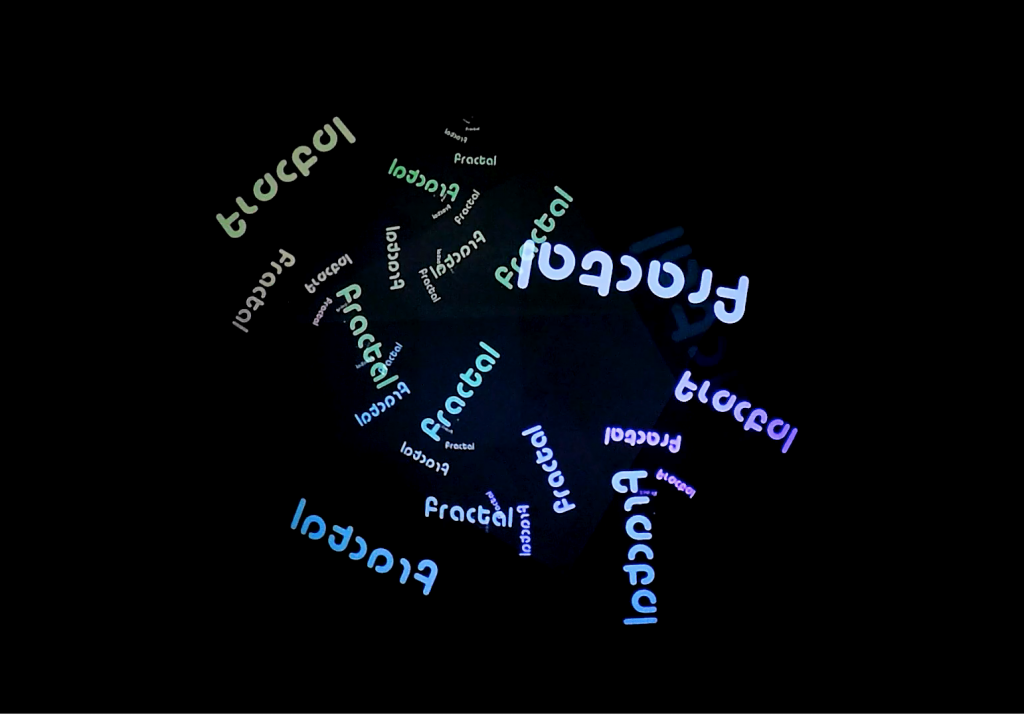 There is so much to love in this piece of kinetic analog* video art and performance by Dave Blair. I love the digital effects by analog means. I love the fact that it is a live performance. I love that each piece is unique and not repeatable. I love the weird-contraption looking wooden structure of it. And lastly I love the fact that the final output surpassed my expectations. I thought I had an idea of what an analog feedback loop would look like but the results are truly mesmerizing and it is hard to believe the visuals all done without a computer.

See schematics and an artists journey at thelightherder.com

* I mean technically the video is digital but that fact has little to do with the final output which is an old-school analog effect.